QUALITY THEN, NOW AND ALWAYS

Three Oceans was founded in 1992 by Tim Rose, but the story begins a further two generations before. Tim’s Grandfather worked in Hull’s fishing industry with interests in vessel owning, Ocean Steam Trawlers as they were then, fish merchanting and also transport.

Tim’s father followed into the industry, forming a new fish merchanting business in the late fifties at a time when Hull had the biggest trawler fleet in the world, primarily fishing for Cod in the North Atlantic and Iceland in particular.

In 1958 Iceland increased its territorial limit to 12 miles resulting in British Trawlers fishing alongside the Royal Navy in the first of what became know as the ‘Cod Wars’ with Iceland.

In 1971 it was again increased, this time to 50 miles and finally in 1975 to 200 miles. The result was devastation of the British fishing industry and by 1976, over 65% of Hull’s wholesale merchants had disappeared and supplies of fish and Cod in particular became scarce.

Tim’s father recognised that the business would have to look beyond the local fish markets for their supplies and began to radically re-think their supply chain, sourcing fish caught in the Barents Sea, effectively from behind the ‘Iron Curtain’ as it was known in those days. It was this ability to guarantee customers a constant supply of good quality fish that saw the business flourish.

Tim followed his father into the industry at the age of 18, starting as a humble filleter. Working at the coal face he developed keen eye for fish and a working knowledge of processing methods. This grounding led him into buying - his natural calling - where he gained a thorough understanding of the rapidly developing international markets, fisheries and primary processing operations. Gradually building a knowledge base that few in the industry can equal.

Having identified a niche in the market for providing a reliable source of quality, frozen white fish products to the UK food service industry, Tim founded Three Oceans Fish Company Limited in 1992.

The aim back then was to build a brand that would set new standards for quality products and outstanding service. By focusing on procuring only the best available fish and building a unique international alliance of both fishery and primary processing partners around the world that is exactly what we have done. Over 25 years later we are justifiably proud of the reputation we have earned.

That ‘fish only specialism’ has stood us in good stead and today Three Oceans supply some of the UK’s biggest food service and cash and carry brands with a diverse range of fish products.

We still supply quality, plain fillets and classic batter and crumb coated products to meet the British appetite for traditional fish and chips. But in addition to the ‘classics’, our development chefs are busier than ever creating new recipes with exciting new coatings, sauces and toppings, as well as innovative products that offer on plate theatre and menu versatility for today’s discerning food service buyers.

Three Oceans remains wholly owned and is not beholden to share holders. 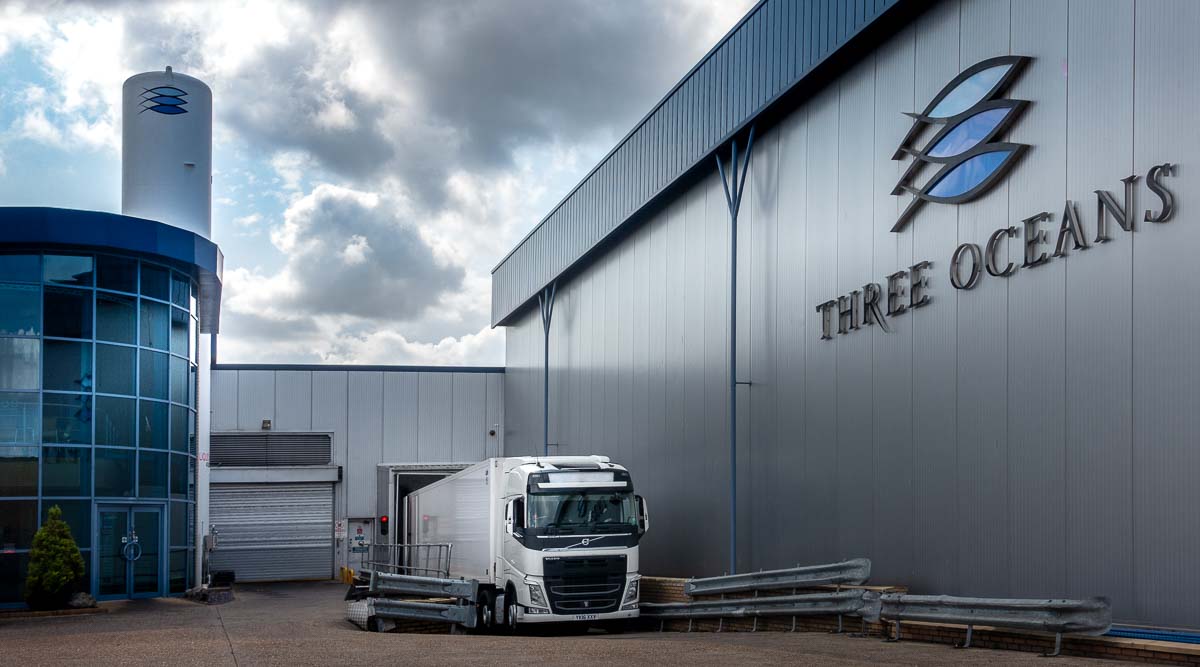